CITY TOUR IN AREQUIPA - HALF DAY 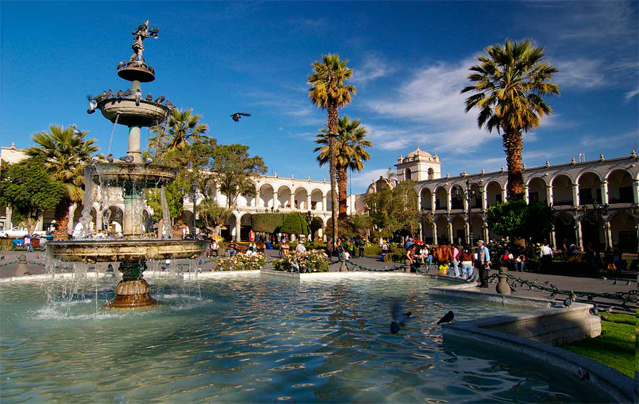 Also known as the 'white city', Arequipa is surrounded by spectacular mountains, including the volcano El Misti. A fascinating feature of the city is its many beautiful buildings made of a light-colored volcanic rock called sillar .

The City Tour is the best way to see the beauty of "Arequipa". The tour includes sites such as the cathedral of Arequipa, the Convent of Santa Catalina, characterized by its narrow streets and different styles and famous since the 16th century and is at this time home of 450 nuns." 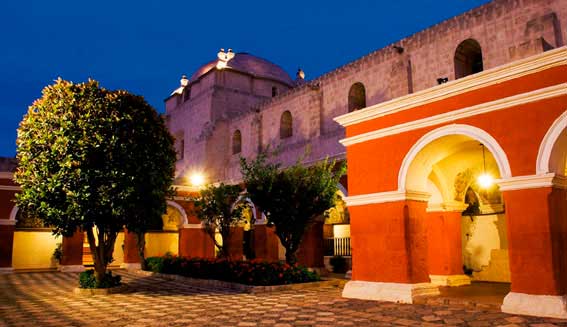 Santa Catalina was built in Arequipa, the city that was founded in 1540 in a place specially chosen for its natural beauty and good climate, and with a unique construction material: sillar , a porous stone from volcanic lava used to built a nice city with our own architectural designs, with spaces and proportions of great esthetic value, and also to have carvings on imposing fronts with fine decorative details, making of Arequipa a colonial center of marked identity, within the main urban centers of the continent. Its architectonic style is mainly colonial but of a mestizo nature.

Different from other colonial heritages in this part of Latin America, in Santa Catalina especially, the fusion of Spanish and native elements can be observed to the point of generating its own creativity.

The recurrent earthquakes affecting Arequipa since 1582 destroyed the older constructions and also the properties of the relatives of the nuns of Santa Catalina over whom the income that guaranteed the future economy and life of the Monastery was dependent. This was the reason and origin for building the citadel whiting the monastery of Saint Catherine of Siena in Arequipa. The relatives of the nuns decided to built private cells for them, because the common dormitory was damaged and was also too small for the increasing number of nuns. For almost two centuries during the viceroyalty, the cloisters and cells of Santa Catalina have undergone modifications, additions and new constructions. All of these have made of it a sample of the colonial architecture of Arequipa. 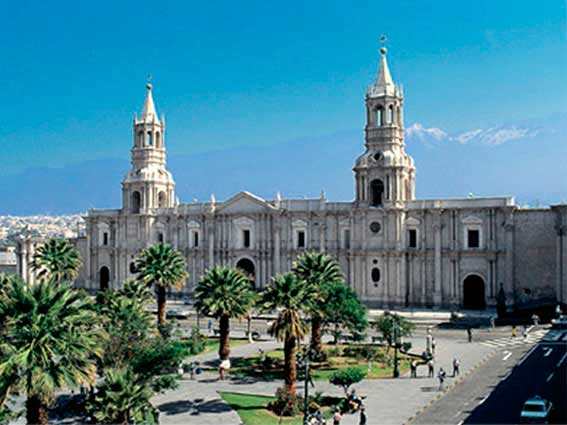 The Basilica Cathedral of Arequipa ("Basílica Catedral", in Spanish) is located in the at is main plaza ("Plaza de Armas"), province of Arequipa, Peru. It is the most important Catholic church in the city and also of the larger Roman Catholic Archdiocese of Arequipa since it is the base of the Archbishop and the Metropolitan Council. The cathedral is also considered one of Peru's most unusual and famous colonial cathedrals since the Spanish conquest. 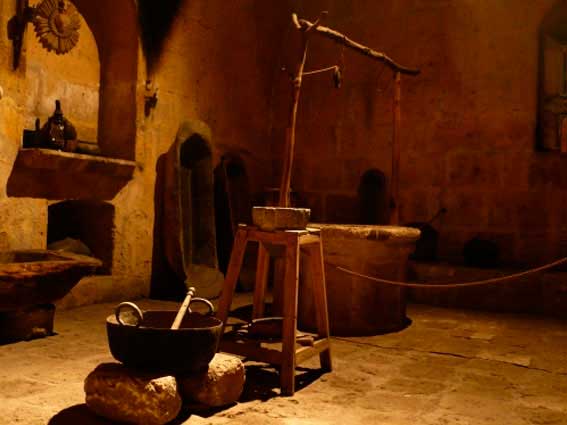 The Museum "Santuarios Andinos" or "Sanctuary Museum" was created in 1996, following the major archaeological research and discoveries in southern Peru. The museum is in charge of the project "Santuarios de Altura del Sur Andino" or "High Sanctuaries of the Southern Andes", led by Dr. Johan Reinhard and José Antonio Chávez Chávez.

The Museum has five galleries exhibiting ceramic, textiles and metal, and includes eight frozen bodies of women who were sacrificed on the snow-capped mountains in southern Peru. These findings confirm that the Inca Empire practiced human sacrifice. 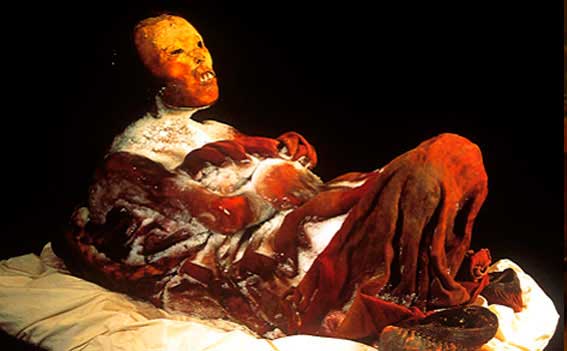 Santuarios Andinos museum is most famous for housing the mummified remains of 13-year-old Juanita. Shortly after arriving in the area, the Incas implemented the practice of sacrificing children on the peaks of the area's highest volcanoes. Archaeologists believe that the children were sacrificed as part of a Capac Cocha ceremony aimed at appeasing the apus , or mountain spirits. While the idea of human sacrifices may seem a bit gruesome by modern day standards, such a death was considered an honor during the Inca period. In addition to Juanita, the museum is home to 18 other mummies discovered atop volcanoes in Peru, Argentina, and Chile. The mummies are displayed with the textiles, gold, ceramics, and woodcarvings that were found in their tombs.

Transfer back to Hotel