Festivity of the Virgin of Paucartambo & Machupicchu

Included Machupicchu Excursion.
Departure: Guests arriving in Cusco 11th /12th/13nd / 14th/15th July (Schedule of tours can vary according to the date of arrival of guests " we visit all the attractions offered". 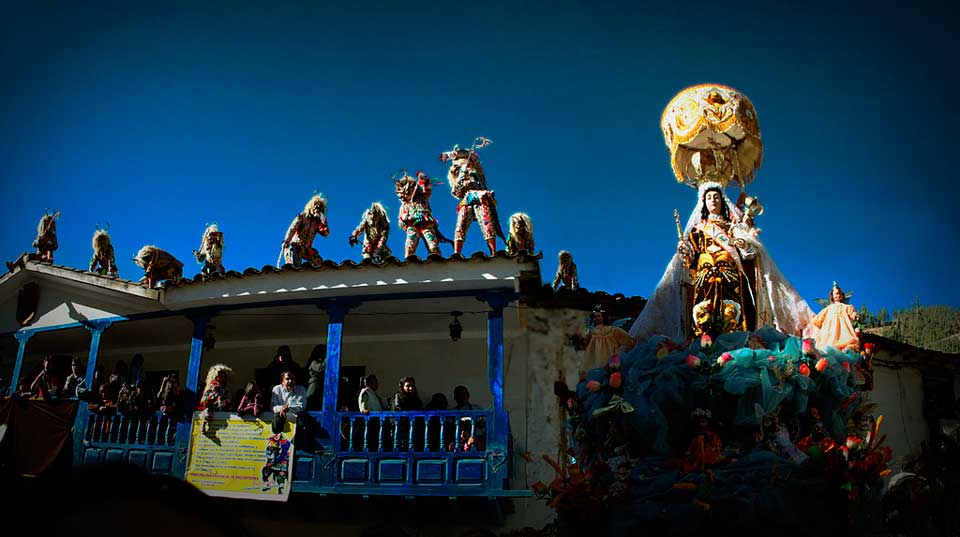 Essence alive in the Capital of the Incas.

Cusco is the capital of Tahuantinsuyo, the Inka´s country, the center of the empire of the four regions and the "navel of the Inka world." One of the most remarkable empires in the history of humanity. The Incas expanded in less than one hundred years from its northern borders of Quito in Ecuador to the far south of Santiago, Chili and all the way to Argentina. Cusco being on of the most beautiful in America.

The annual Festivity of the Virgen del Carmen is a colorful mixture of Andean pre-Columbian ceremonies and Catholic religion in which masked costumed dancers relive ancient rituals for the Gods. This Andean religious celebration reflects the centuries-old struggle between Christianity and pre-Columbian Andean pantheism, the Virgin is no longer just the Mother of God, she is also Mother Earth, or Pachamama. The festivity shows the never ending battle between the forces of good and evil

Itinerary Festivity of the Virgin of Paucartambo & Machupicchu 5D/4N: 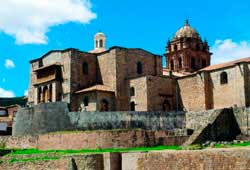 Reception at the airport and transfer to your hotel. At 14:00 pm, beginning of the city tour and guided tour at the following attractions.

(It was the Main Temple of the Incas) where the Sun God was worshiped. The engineers of that time used, for the construction of this place, gold to cover all the walls. The terraces inside were filled with statues of animal in their natural size also cover with gold. It was also the residence of all the many wifes of the rulers King. They also kept the embalmed mommies of the Kings inside, history indicates that the mommies seemed to be alive. 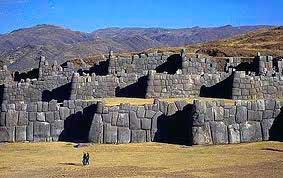 (Head of the great Puma) The city of Cusco was in the form of a Puma and is exactly like Saqsayhuaman. It is 3 km from the city of Cusco, an impressive Temple monument and a magnificent stone architecture. Also known as the Casa del Sol where every year, on June 24th, is performed the ancestral ritual of Inti Raymi.

(Temple of the Pachamama or Mother Earth) It was a ceremonial center for rituals. The amphitheater served for sacrifices  made on black flame. Every year on the winter solstice on June 21st, the early sun illuminates the well-polished bricks, and the shadow that it forms look like the hear of a Puma. The great festival of Inti Raymi is born from this natural phenomena called "The Awakening of the Puma". 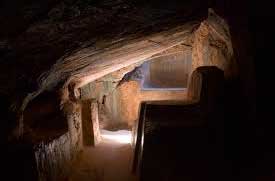 (Fortaleza Inca) Surveillance existed throughout the Empire and along the Inca roads. Also it was a controlled entry and exit of all those travelling to or from the holy city of Cusco.

(Royal baths) 7 km. from the city of cusco, it is a ceremonial center of worshipping water. Also believed to be a resting place for the Inkas. 6:30 p.m. Return to Cusco. It will be up to you to decide to either stay in the beautiful main square, the Plaza de Armas or be taken to your hotel. 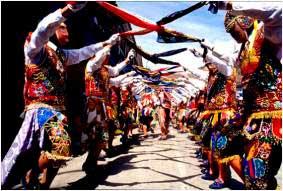 Early morning transfer by private transportation from Cusco to Paucartambo village visiting areas on the way such as Urcos and the Ch'ullpas of Ninamarka. At about 10.00 am we will arrive at Paucartambo(13,200 ft), you will be lodge in a shared accommodation and will be able to take a rest. Then we have a walking tour with our private guide, surrounded by thousands of devotes and visitors. Next we have a buffet lunch with typical cuisine. Later in the afternoon we can observe the sixteen colorful "comparsas", dancing in honour of the Mamacha del Carmen. After lunch, a ritious firework display is held in the main square, during which the Qhapaq Qolla, the Ch'unchos and the Saqras dance wildly like some medieval vision of hell called "Fogata". The fogata ('fire') is staged in the night, a representation of Purgatory which continues with a big fiesta and serenade to the Virgen del Carmen. At around midnight, in an emotional gathering, all the comparsas meet again, this time without their elaborate costumes, to solemnly serenade the Virgin in front of the closed doors of the church. (Lunch/Dinner) 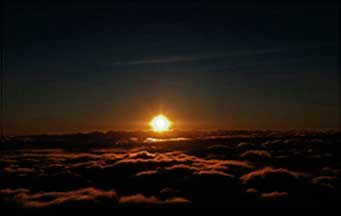 2:30 am Transfer from Pucartambo to TRES CRUCES DE ORO. We will set out to see one of the most beautiful natural phenomena in the world: the sunrise at Tres Cruces de Oro (12,100 ft), where the Sun "dances" in the sky, or the Sun "plays" in the sky. We eat some snacks and we return back to Paucartambo. Breakfast. This day we attend with our guide the Blessing Mass. In the afternoon the image of the Virgin is carried through the narrow streets of the village to the venerable colonial-era bridge named Carlos III, surrounded by all those who have attended the festival, standing or kneeling tightly-packed and with a respectfully silent, the Qhapaq Qolla and Qhapaq Negro address the Virgin in a moving song of farewell. In this place the Virgin imparts her blessings to the fourth regions (suyos). The procession continues with a spectacular "guerrilla" between the group of the Qollas of the Andes and the Antis of the jungle who do mock-battle in a hilarious  encounter recalling the wars between Qollasuyo and Antisuyo in the time of the Inkas. Finally the comparsas venture forth for the last time to dance the traditional Kachapari or farewell, closing for another year this magic feast. Return to Cusco 16:00 aproximately. (Breakfast/Lunch) 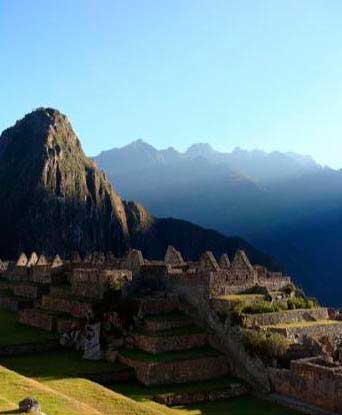 6:30 a.m. Transfer from Hotel to Train Station, we will take the train from Cusco to Aguas Calientes, arriving in this town to board a bus to Machupicchu Inca city. We will have a 2 hours guided tour with a bilingual guide. After the tour, you can visit the city on your own. Picchu (Machu Picchu's original name) was one of these llactas (Villages), but retained for itself a special role. It's the only way from the Capac Ñan and was built in a hidden and impregnable Tampu Valley in the Royal lands of Pachacutec (the founder of Tawantinsuyu). It was built to be the refugefor the elite of the aristocracy in the event of a surprise attack. The roads leading to Picchu were banned for common population, because its location was a military secret. The deep gorges and rugged mountains are the best natural defense.

We recommend visiting the house of the chosen, a Intiwatana (sundial, which Seasons brand), Kallanca (sheds for warriors), the baths and aqueducts, and the large areas with terraces.

You could if you eant ascent to the mountain of Wayna Picchu,(Sun Gate), see the Inca Bridge at your convenience.

Return to Aguas Calientes to take the train back to Cusco

To send you all the information about how to book please email us and we will respond as soon as possible by sending all the necessary information and / or responding your concerns.