Perfect for those travelers who like to enjoy and divertirce on the trip. Transfer + City tour + the Incas Sacred Valley + Machu Picchu + Dinner Show + Disco night Tours.

An experience of life in Cuzco, the capital of the Inca Cusco festivals and Tours is a special program for those who love to travel and enjoy the nightlife that Cusco offers to its visitors.

Be in Cusco and not enjoy their grandiose urban beauty is a sin. The entrepreneurs who, in recent years, have been occupying one how much local lent itself to open a pub, a bar or a coffee in the houses surrounding the Plaza de Armashave understood that. Each window of the second floor and each balcony have become viewpoints towards the great square that night, illuminated the Cathedral and the company acquires an even more captivating charm. Enjoy the main attractions of Cusco, Machu Picchu and a unique experience in Cusco.

Reception at airport, transfer to hotel accommodation,
14:00 p.m. start of the excursion and guided tour in the following attractions.

(was the main temple and the entire Empire Central) where surrendered cultured to the Dios Sol. Highlights the engineering used in the construction of this place, its walls were covered with gold plates and animals made the precious metal to size, also contained Momias Incas were kept and their wives who once ruled these lands and which were embalmed, the Chronicles indicate that they seemed that they were alive.

The city of the Cusco had the shape of a Puma, and the head was exactly Saqsayhuaman. It is located 3 km from the city of the Cusco impressive temple of stone and magnificent architecture, also it known as the House of the Sun. Annually on June 24 is at this place where the ancient ritual of Inti Raymi is performed. It keeps memories of the last battle between invaders and incas. 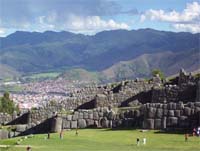 (Temple of the Pachamama or mother earth) was a ceremonial and ritual Center, there is an amphitheater where they performed sacrifices of black flames, this every winter solstice "21 June" with the shadows cast by worked and polished stones have one very well known is called "The awakening of Puma" natural phenomenon that the incas took advantage to start wing great celebration of the Inti Raymi.

(Inca Fortress) old tambo, outpost that existed throughout the Empire and along the Inka roads. In this case this Tambo controlled output and income of those who moved from or to the Holy City.

(Royal baths of the Inca and the Ñusta) 7 km. The city of the cusco ceremonial center of worship to the water, its name is due to water sources that exist in the workplace, is believed to be resting place of the Inka. 18:30 p.m. return to the city of the Cusco, leaving us in the beautiful Plaza de Armas.

DAY 2.-SACRED VALLEY OF THE INKAS. 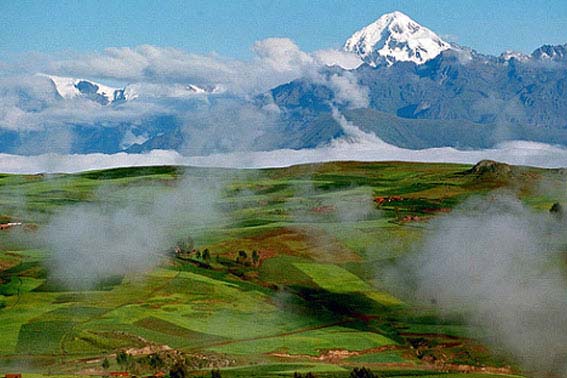 TOUR VALLE SAGRADO OF THE INCAS.

P' p'isaq constitutes one of the most important archaeological parks in the region. Possibly its name derives from a type of very common Partridge of the area known as ' p' p'isaqa '. Some scholars suggest that the pre-Hispanic City had the form of a ' p' p'isaqa ' which represented the local fauna. Today there is a colonial town named P' p'isaq in the lower part of the Valley, established as a result of "Indian reductions" famous for the quechuas were joined in small towns. The inca City currently offers a Local market, full of crafts and local products.

The archaeological complex of Ollantaytambo was a strategic military, religious and agricultural center. The architectural scenario is of exceptional interest for the size, style and originality of its buildings. For the quechua language, the name comes from the word Ollanta (which is the name of an Inca captain, whose history was saved as a written and oral tradition as a drama of Antonio Valdez, priest from Urubamba, in the middle of the 18th century) and the term, tambo, a Spanish derivation from the quechua Word tampu; you mean, "city which offers accommodation, food and comfort to travelers".
Agricultural activity in this area benefited by the presence of the stream of Patacancha, place where was large terraces cultivation.

The most typical town of the Sacred Valley of the Incas, is a purely Inca city that the ambitious conquerors wanted to "civilize" to implement their culture, but never succeeded, since they resisted completely. Today this resistance can be seen in its people since they live in the almost untouched Inca constructions, in the same place where their distant ancestors lived and formed the largest and most prosperous American civilization.
Rainbow City is located 28 km. to the Northwest of the city of Cusco, on the 3,762 meters, in an intermediate place between puna and quebrada tempered, flanked by the snow-capped Salkantay, Veronica and Soray. The view from here is impressive.
Chinchero was the place chosen by the inca Túpac Yupanqui to establish his residence. 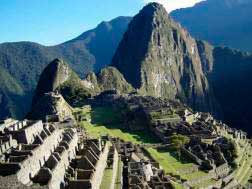 6:30 am transfer from the Hotel to the train station to take the train from Cusco to Aguas Calientes, reaching this village immediately will board a bus from Machu Picchu town to Machu Picchu the Inca city. We will have a visit in the city with a bilingual professional guide, 02 hours, we visit the city on our own. Picchu (Machu Picchu's original name) was one of these llactas, but retained a special role for himself. It is the only one away from the Capacnan and was built in a hidden and impregnable place the Valley of Tampu, in lands of the panaca of Pachacutec (the founder of the Tawantinsuyu).

It was the most beautiful of the Empire because it was built to be the refuge and dwelling place of the most selected of the aristocracy in the event of a surprise attack. Roads leading to Picchu were forbidden to the common population, as its location was a military secret. The deep ravines and rugged mountains are the best natural defense.

As all important llacta, they did not let be present in Picchu an Acllawasi ("House of the chosen"), an intiwatana (solar clock, which mark the seasons of the year), punas (sheds for Warriors), baths and aqueducts, as well as spacious areas with terraces.

Optional to climb Wayna Picchu mountain, Sun and Puente Inca door or what you see by suitable do in that time.

Return to Aguas Calientes to take the train back to Cusco

Transfer to the Hotel

More late start of our tour Cusco at Night.

A modern and hectic nightlife only arrived in Cusco with tourists. For them, by the mid-1970s, the local first opened: the Abraxas and the Hatuchay, both in the Plaza de Armas.

Shortly after, the own cusqueños imagination fueled by the stories that ran from mouth in mouth, were encouraging to face the night cold that kept them cloistered in their homes and were discovering that, at night, people have easier to approach each other overcoming social, cultural and even language barriers.

We can therefore say that, its many attractions, Cusco has joined an intense, feverish and cosmopolitan nightlife with an original touch of Andean. Enjoy its charms is one more way of knowing the Imperial City and empathize with his spirit. The lines following are a key to open the doors to this world.

A good way to begin a night in Cusco is appreciating the singular richness and variety of the folklore of this region, both in its musical expressions in their dances. The traveller will have to choose between the sets of some institutions that folk art, and a select number of restaurants that offer this type of shows.

A drink in the Holy City

Be in Cusco and not enjoy their grandiose urban beauty is a sin. The entrepreneurs who, in recent years, have been occupying one how much local lent itself to open a pub, a bar or a coffee in the houses surrounding the Plaza de Armas have understood that. Each window of the second floor and each balcony have become viewpoints towards the great square that night, illuminated the Cathedral and the company, acquires an even more captivating charm.

Ideal to tone before continuing the evening dancing are pubs. Usually, they serve until one in the morning and offer happy hour (drinks at half price) at times indicated at the entrance or at the bar.

At the stroke of midnight, cafes and pubs have to close its doors. It's time to start heading for the disco which, precisely from that time, enter an effervescence that can last until dawn

DAY 5.-DEPARTURE FROM HOTEL AND TRANSFER OUT.

Breakfast. Transfer to the airport and assistance for boarding by our staff.

Note : Waynapicchu entry must be confirmed at the time of making your reservation and is subject to availability of places. (maximum 400 quotas per day).