This vacation package shows highlights in terms of the modern and the historical of Lima, "The City of Kings", from the center of Lima Colonial with its large square, its impressive cathedral and the catacombs of the church San Francisco, to the famous Gold Museum and the "Parque del Amor" in the district of Miraflores. 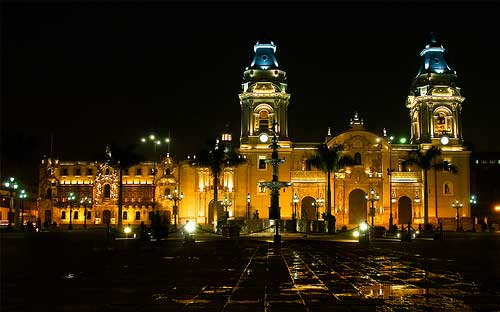 Transfer from the airport to hotel in downtown Lima, Miraflores or San Isidro wonderful lime 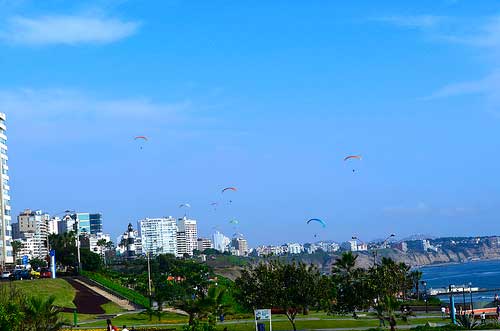 Our private guided tour through the city offers the best combination of the differents attractions in Lima and its three historical periods: pre-Hispanic, colonial and contemporary. On our journey to the Historic Center of Lima we will visit the Plaza San Martin and Mayor Plaza , with their different buildings: Government Palace, the Archbishop's Palace, the Cathedral and the Municipal Palace. 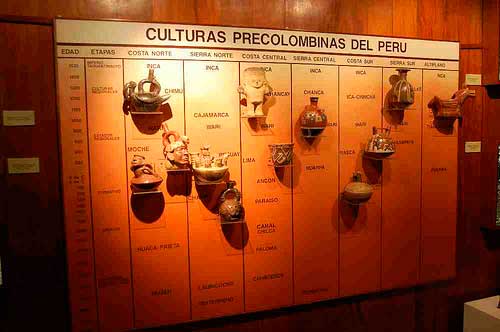 We enter the monumental San Francisco Convent, which is the largest exhibition of religious art in America. The Choir Room and the Monks' Library, the Sacristy, with its collection of Zurbaran and Rivera. The Big Patio of the Main Cloister, decorated with Seville tiles of XVI century, its beautiful Moorish arches and its subterranean crypts known as the Catacombs, where you feel the presence of the colonial past. Then we go to the more traditional or modern residential area of the capital: The Olive Grove of San Isidro, Miraflores and Larco Mar, distinctive tourist center of Lima current vantage point to enjoy a spectacular view of the Pacific Ocean.

We continue our tour to the Gold Museum of Peru to appreciate a dazzling collection of gold artefacts from various pre-Colombian civilizations, some more than 3,000 years old. Objects and jewelery of incalculable value in gold, silver and precious stones, ornaments and objects highlighting that in its heyday used the Incas, their children and monarchs of the vast Inca Empire are exhibited. The fame of the gold of Peru attracted many European adventurers 500 years ago and was due to end of the empire of the Incas, giving rise to the Viceroyalty of Peru, the Spanish Crown.

Peru's Gold Museum also is a house for a valuable collection of old and modern weapons that ranks among the best of its kind worldwide. In these rooms armor, uniforms and objects from different times and places are shown, including some dating from 1300 BC This sample is known as Weapons of the World Museum. 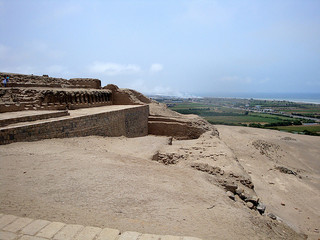 It is located south of Lima, about 40 minutes by bus. According to many archaeologists and historians the Sanctuary hosted the most important deity of the coast of Peru. It was a great center of pilgrimage where men have attended almost every corner of this land, to present their best tribute and consult the oracle what they the future held. We begin our walking tour of the most important sectors of this great sanctuary.

Among the places to visit, highlighting the pyramid-shaped temples, whose steps and ramps will lead us to the top of the sanctuary, where you can have a beautiful view of Lurin Valley and the Pacific Ocean. Then we drive to a large enclosure known as the Sun Temple, built on four trapezoidal platforms, which form a truncated pyramid. This building is attributed to the time when the Incas expanded along the coast. You can clearly see the Andean style this architecture.

Here also we can see the giant square of pilgrims and the beautiful grounds of the Aclllas or enclosures of the Chosen Women, dedicated to the service of the temples and the preparation of tissues for the nobility. Finally we visit the Pachacamac site museum, which exhibits in its main hall remains of the artistic expressions of the various occupants of Pachacamac, as ceramics, textiles and a beautiful carved, which is believed to represent the divine image of the god Pachacamac.

Finally we return to Lima, along the Pacific coast, appreciating during the journey beautiful landscapes of our Peruvian coast.

Day 3: Transfer to the airport

At the time, transfer from hotel to airport

So that we can send all the information regarding how to book please send us an email and we will reply as soon as possible giving all the necessary information and / or responding to their concerns.